This Mobile Suit Zeta Gundam side story features characters and mecha designed by Kenki Fujioka. Set in U.C. 0091 after the end of the First Neo Zeon War, the plot follows Re-Zeon forces which have regrouped on Mars under a woman proclaiming herself Supreme Commander Alicia Zabi and absorbed Titans remnants who fled the Earth Sphere.

See the curtain rise on part 2 on Dengeki Hobby Web! 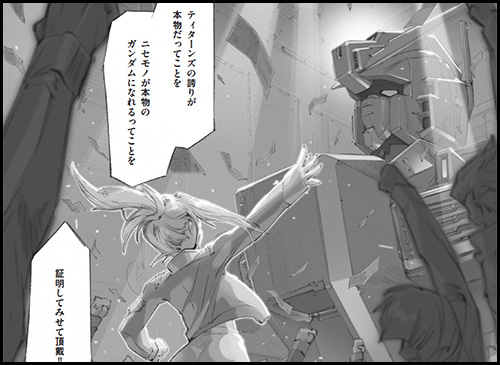 ▲ Mizuno, born as a clone soldier, has a lot in common with the Gundam-headed GM Quel (Early Hazel). Can a fake ever become the real thing?