Voting for the Sunrise Festival 2017: Shouun “Iron-Blooded Orphans All-night” screening has opened! Guests have been announced!

A public recording of the “Tekkadan Broadcasting Station!” Kawanishi, Terasaki, and Takumi are scheduled to appear! 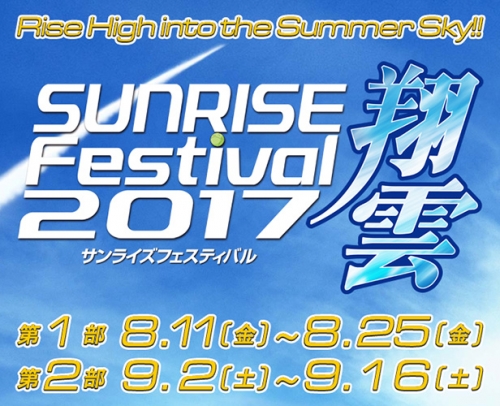 Voting on which cour will be shown at the all-night showing of Mobile Suit Gundam Iron-Blooded Orphans at “Sunrise Festival 2017: Shouun,” an event that holds screenings of titles from Sunrise and Bandai Namco Pictures, has opened. Guest appearances have also been decided.

“Sunrise Festival 2017: Shouun” is an annual event that will be held at these three theaters: Shinjuku Picadilly, Theatre Shinjuku, and TOHO Cinemas Shinjuku. The event will be held from August 11th (Fri, public holiday) for a total of 30 days.


The all-night showing of Iron-Blooded Orphans will be held on August 12th (Sat) at Shinjuku Picadilly. The cour chosen through the voting polls will be screened at the event and a public recording of the official radio show “Tekkadan Broadcasting Station” will also take place. Mr. Kengo Kawanishi (Mikazuki Augus), Ms. Yuka Terasaki (Kudelia Aina Bernstein), and Mr. Yasuaki Takumi (Akihiro Altland) are scheduled to appear as guests.
Voting for episodes is currently taking place from May 29th (Mon) 12:00pm to June 4th (Sun) 11:59pm on the official series website. Please feel free to cast your vote.

Tickets for the Iron-Blooded Orphans all-night showing will be sold at a first-come-first-serve basis from June 17th (Sat) at 10:00am through e-plus. Tickets are priced at 4,300 yen (tax included).