The curtains fall on the five years history of the “Giant Gundam Statue”. And yet, towards a new project!

The statue’s exhibitions end on March 5. The Gundam Front Tokyo ends on April 5. 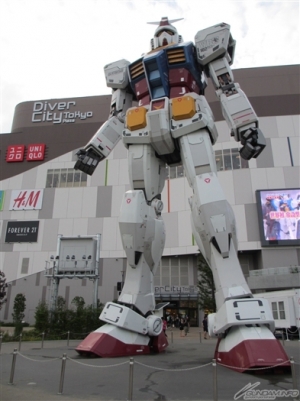 RG 1/1 RX-78-2 Gundam Ver.GFT
The statue was presented in the Diver City Tokyo Plaza from April of 2012, connecting it to the “TOKYO Gundam Project”. It still stands there to this day.


It’s confirmed the exhibition of the big Gundam statue “RG 1/1 RX-78-2 Gundam Ver. GFT”, placed in Odaiba, at the “Driver City Tokyo Plaza”’s Festival square, ends on Sunday, March 5 2017. Accordingly, the “TOKYO Gundam Project” is temporarily suspended. The project, wit its five years of activity since 2012, helped the prefecture of Tokyo with many initiatives and promoted the revitalization of the Rinkai Fuku-Toshin area.

The statue was first shown during the summer of 2009 in Shiokaze Park, Odaiba and in a span of 52 days, had a huge public response, with about 4.15 million people visiting.
In the summer of 2010, it was moved to the “Plastic Model Capital of the World: Shizuoka Hobby Fair” with a new figure, holding in its right hand the beam saber. Then, in the spring of 2012, yet again, it was moved to the Rinkai Fuku-Toshin area and it still stands there to this day.


Furthermore, the “Gundam Project Tokyo”, located on the seventh floor of the Diver City Tokyo Plaza, will close down on Wednesday, April 5, 2017. To express gratitude for the many years of patronage, an exhibition is planned, called “Gundam Satatue – Gundam Project Tokyo ~LAST SHOOTING Campain~”.

Also, there is a new project still as a work-in-progress, that will be announced later.
A follow-up report will explain the program, so let’s wait for the new exhibition! 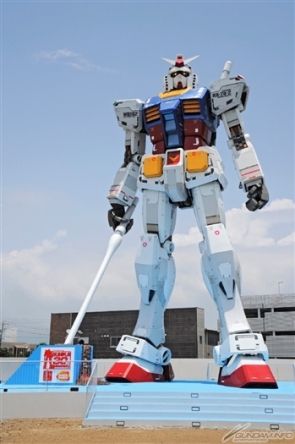 【Left】RG 1/1 RX-78-2 Gundam
Presented since July 2010 as a link with the “Plastic Model Capital of the World: Shizuoka Hobby Fair”, in Shizuoka (Shizuoka prefecture).